The 2013 Autumn Statement was more of an economic statement than its predecessors. In part this was because, for once, the Chancellor was able to say that his spring Budget forecasts had been too pessimistic.

Politics was also an important factor in the statement, with the next election now just 18 months (and two Budgets) away. Overall, the Chancellor’s actions will not alter the government’s tax take, although achieving that balance requires over £1.5bn to be raised in 2014/15 from the proposed new measures against avoidance, fraud, error and debt. 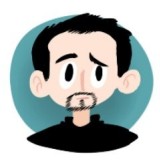